You are here: Home / Uncategorized / Half way thru June already?

Wow…its the middle of June already. This month has flown by. Grace turned 2 on the 8th, so I need to get a post up about her birthday festivities. She is growing up so fast since she has turned 2. Seems like everyday she is saying something new or coming up with new ideas in that little toddler head of hers. I love it!

I started doing the Visalus shakes this week, so far I have been drinking those inplace of breakfast and lunch, with a few snacks during the day to hold me over when I get hungry. Because my appetite was out of control so I had to do something besides just watching what I was eating. It helped that my SIL gave me a few cases of the shake mix so its not any cost out of my pocket to give it a shot.  So far so good…I’ve made shakes with strawberry, banana, peanut butter and orange juice. I tried mixing peanut butter with the chocolate mix-in they offer…not a fan. it was too powdery tasting. This morning I had just a tb of reg peanut butter…..and it was delish! Best way is to blend it up with some ice.-delish!

Well just wanted to check in and say hello. I hope to get her birthday post up this weekend . But until then…here is a picture of us on the morning of her birthday before her party. I can not believe she is 2! 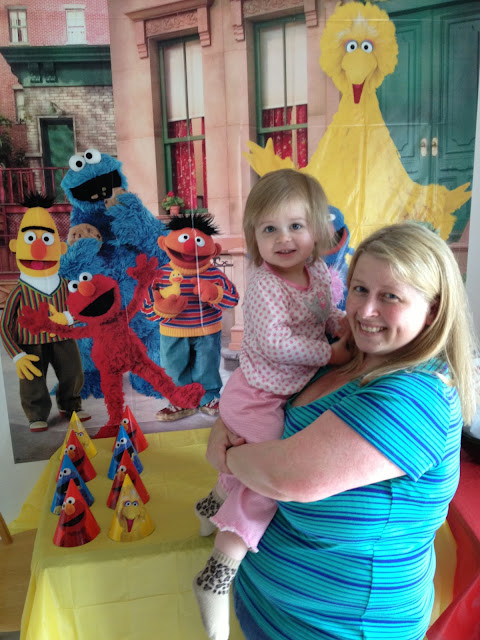