You are here: Home / Firsts / Grace’s First Halloween
It’s Grace’s first Halloween!
We had trick or treat in our neighborhood the Thursday before,
so we got Grace all dressed up and took her over to see some of the neighbors.
It was chilly outside, so the warm costume was great and we had a hat that matched perfect!
I think she was supposed to be some kind of dragon or something but we called her our slobber monster.
Cutest monster I’ve ever seen! 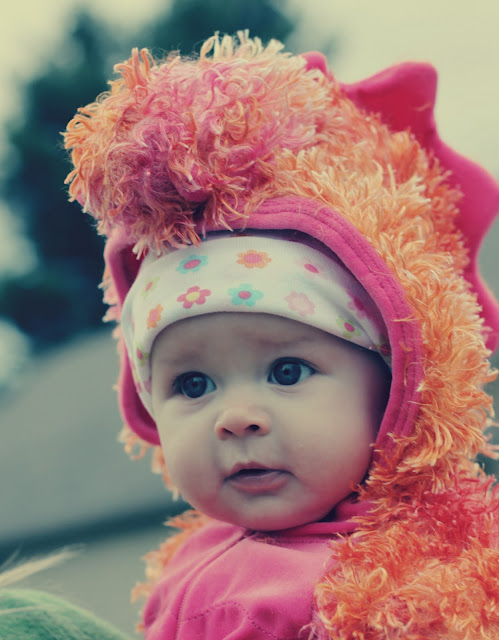 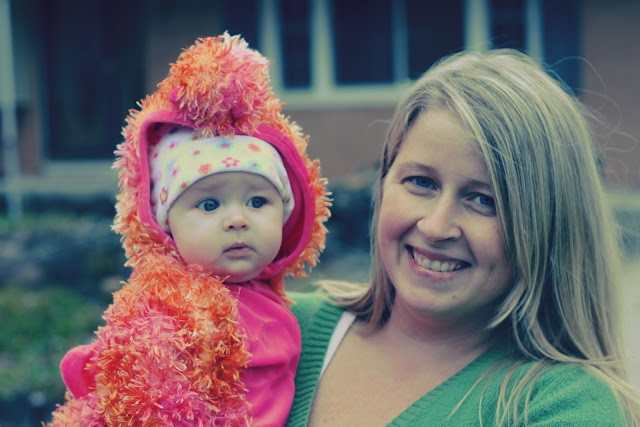 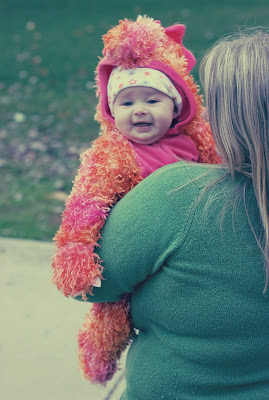 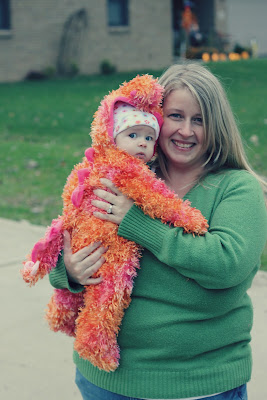 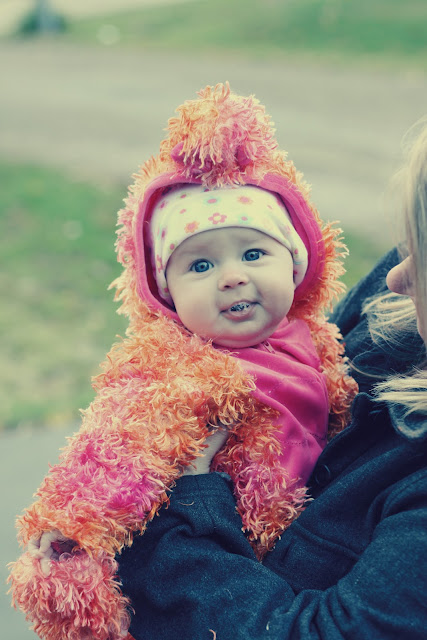 On Saturday, my aunt and uncle had their annual Halloween party so we all got dressed up and went there.
Enter costume #2….my little ladybug!
When I saw this costume on Carters for 50% off I had to get it, even though I had already bought the fuzzy monster.
The whole time I was pregnant, she was my little Junebug.
And everyone knows I love ladybugs…so I think this costume is really what she was meant to wear!
Isn’t she an adorable ladybug? A happy ladybug to boot! 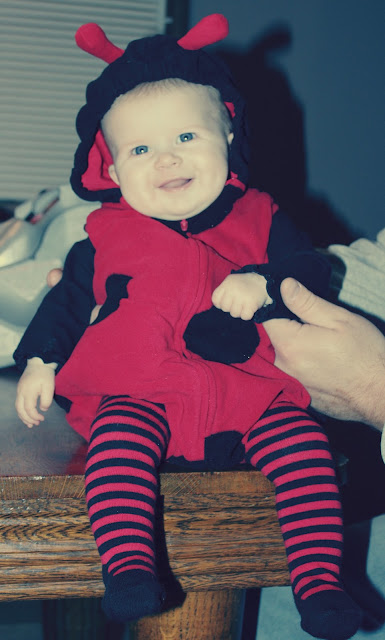 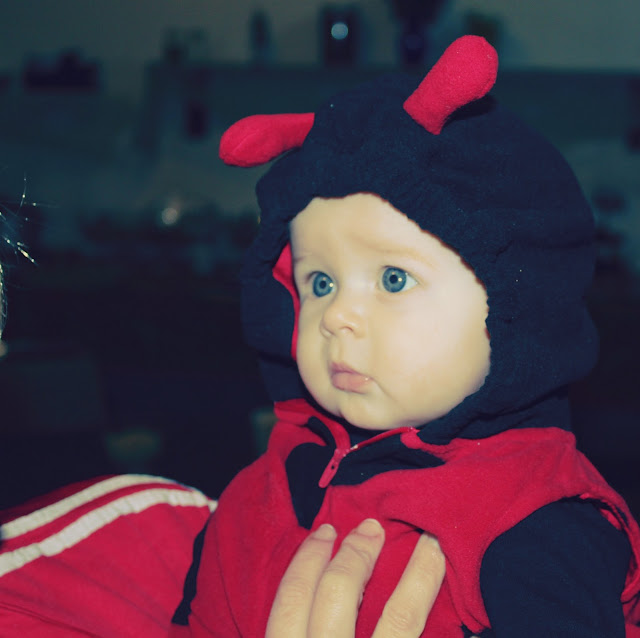 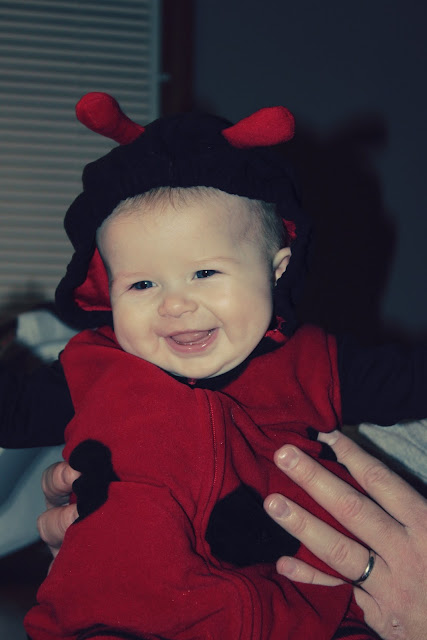 I rarely dress up, but since this was our first  Halloween as a family, I knew I had to.
We were making memories!
Daddy was a personal alarm, which he pulled from Kentucky Fried Movie.
His light spun around, Grace liked looking at it.
Mommy dressed up as Sue Sylvester from Glee.
I haven’t watched the show, but knew who she was.
I thought maybe Grace would be afraid of me in a wig, but she was fine with it.
My little family. Eeek-I love it! 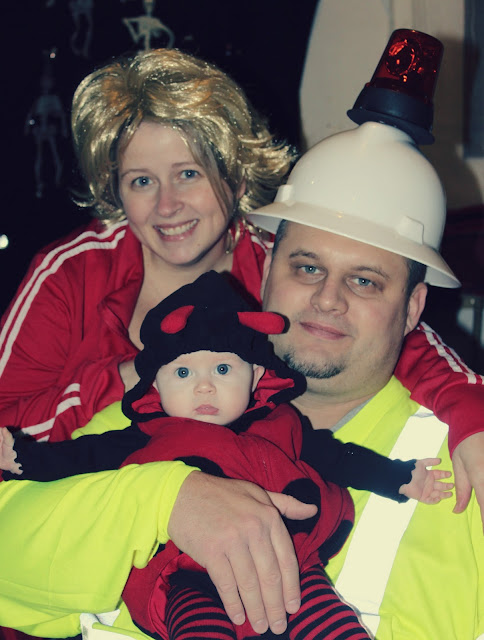 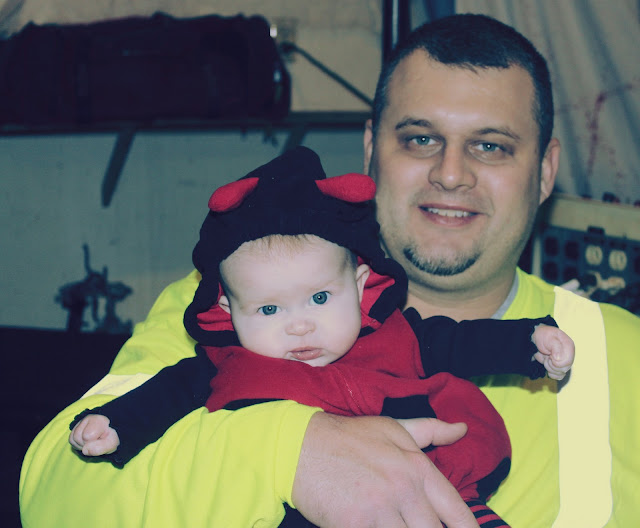 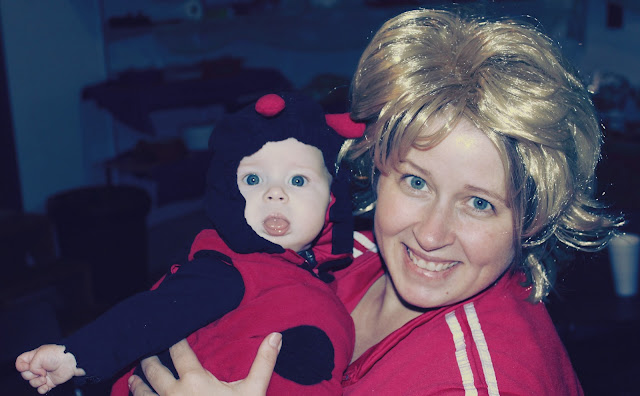 We spent most of the night inside since it was chilly and rainy,
and the Ohio State game was on so it was good.
{We ended up winning and beating Wisconsin! Woohoo!}
Grace spent some time on Daddy’s lap and was as content as could be.
Just chillin and sucking her thumb watching everybody come in and out. 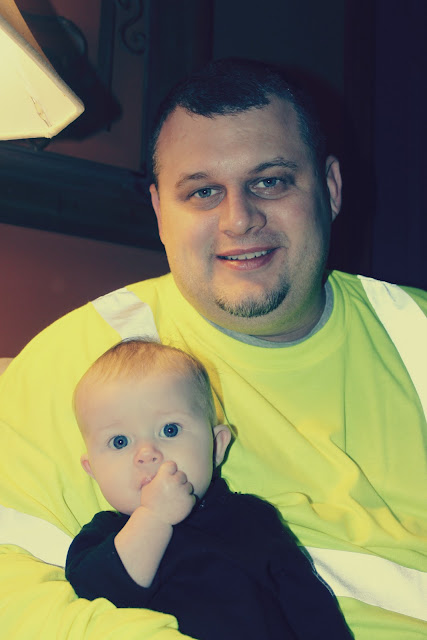 Wait…did I say sucking her thumb??? Oh yes I did!
Our little girl has mastered that over the last few weeks!
No longer is she sucking her whole hand, which she still does occasionally.
But its not long until she moves her thumb up in there.
Love it! 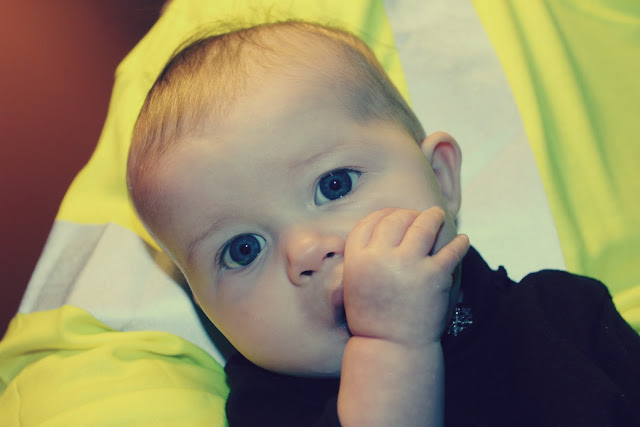 It was so fun having a little one to dress up and I can’t wait {but I can} until we can take her trick or treating next year!
❮ ❮ Cute
30 Days of Thanks-Day 1 ❯ ❯