You are here: Home / Uncategorized / Disney on Ice – Princesses & Heroes

Well its only a month late, but I finally got around to recapping our Disney on Ice trip! I bought Grace (and us) tickets for Christmas after they had already been on sale for several weeks. I managed to get pretty good seats so was excited to take her to her first production! 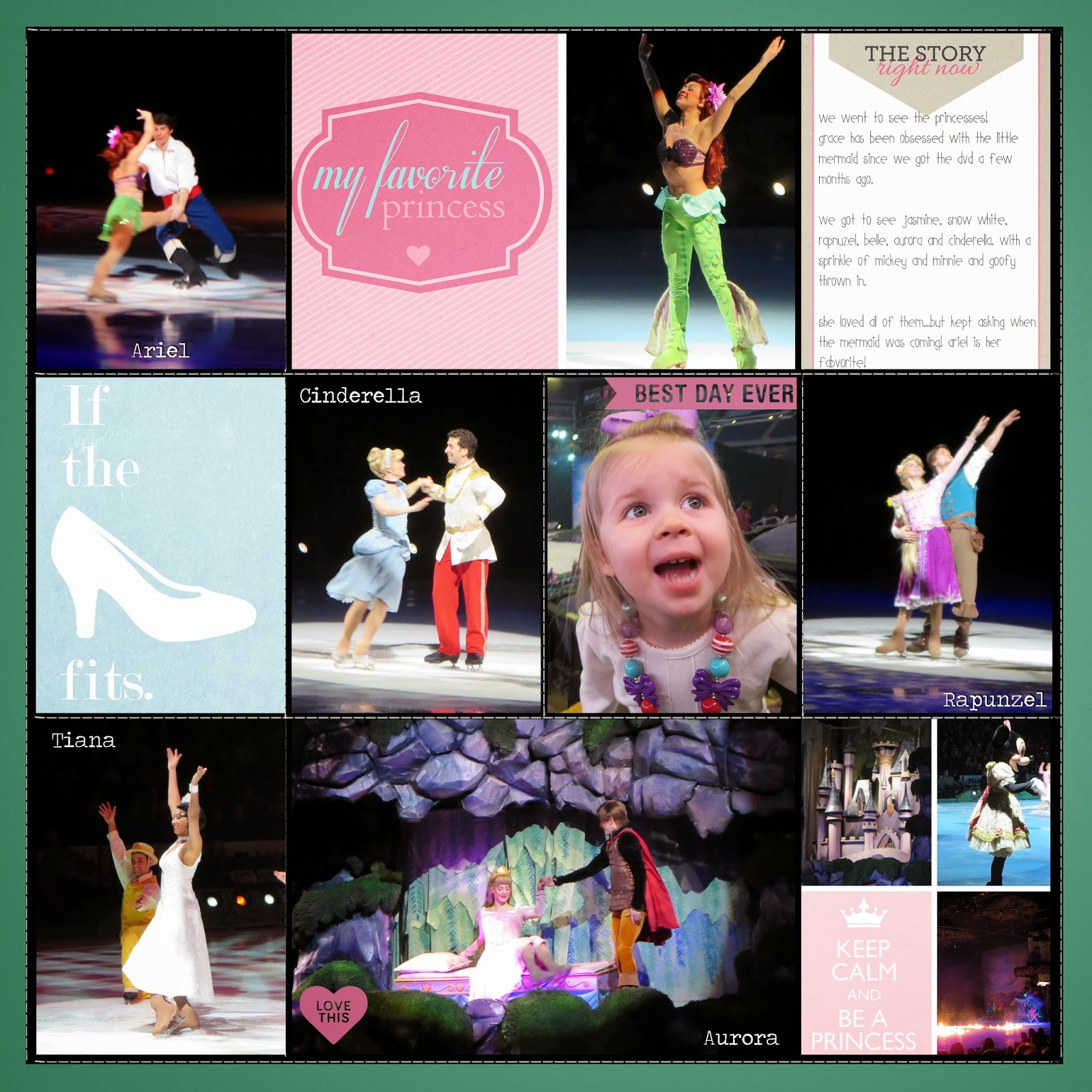 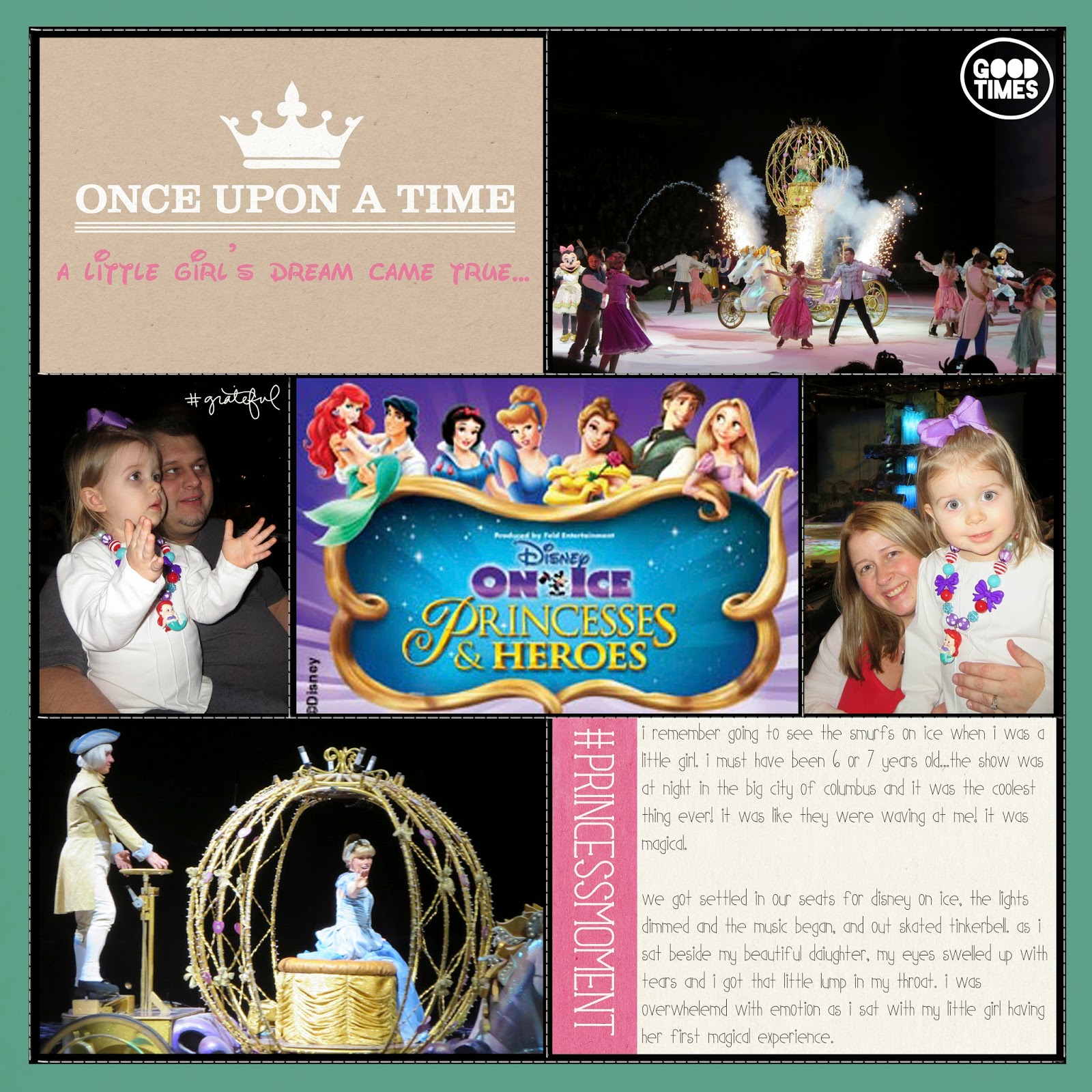 She insisted on wearing her Princess Ariel Necklace which I thought was perfect! 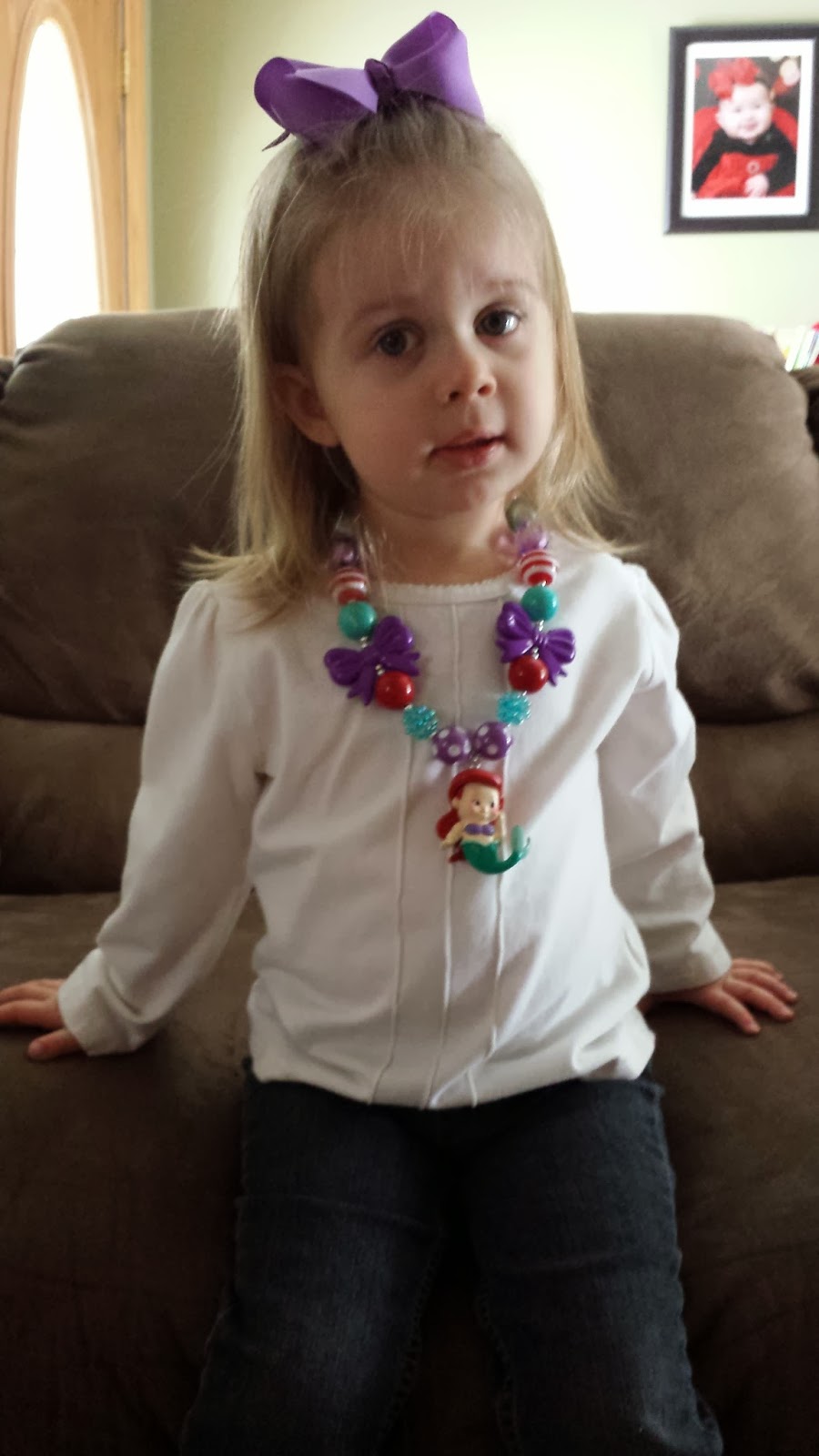 We drove up to Columbus, had bought a pass to a nearby parking garage and only had to walk a couple of blocks to Nationwide Arena. There were tons of kids dressed up like princesses , it was so cute and Grace was in awe of everything around her. We found the section we were sitting in and got ready for the show to start. 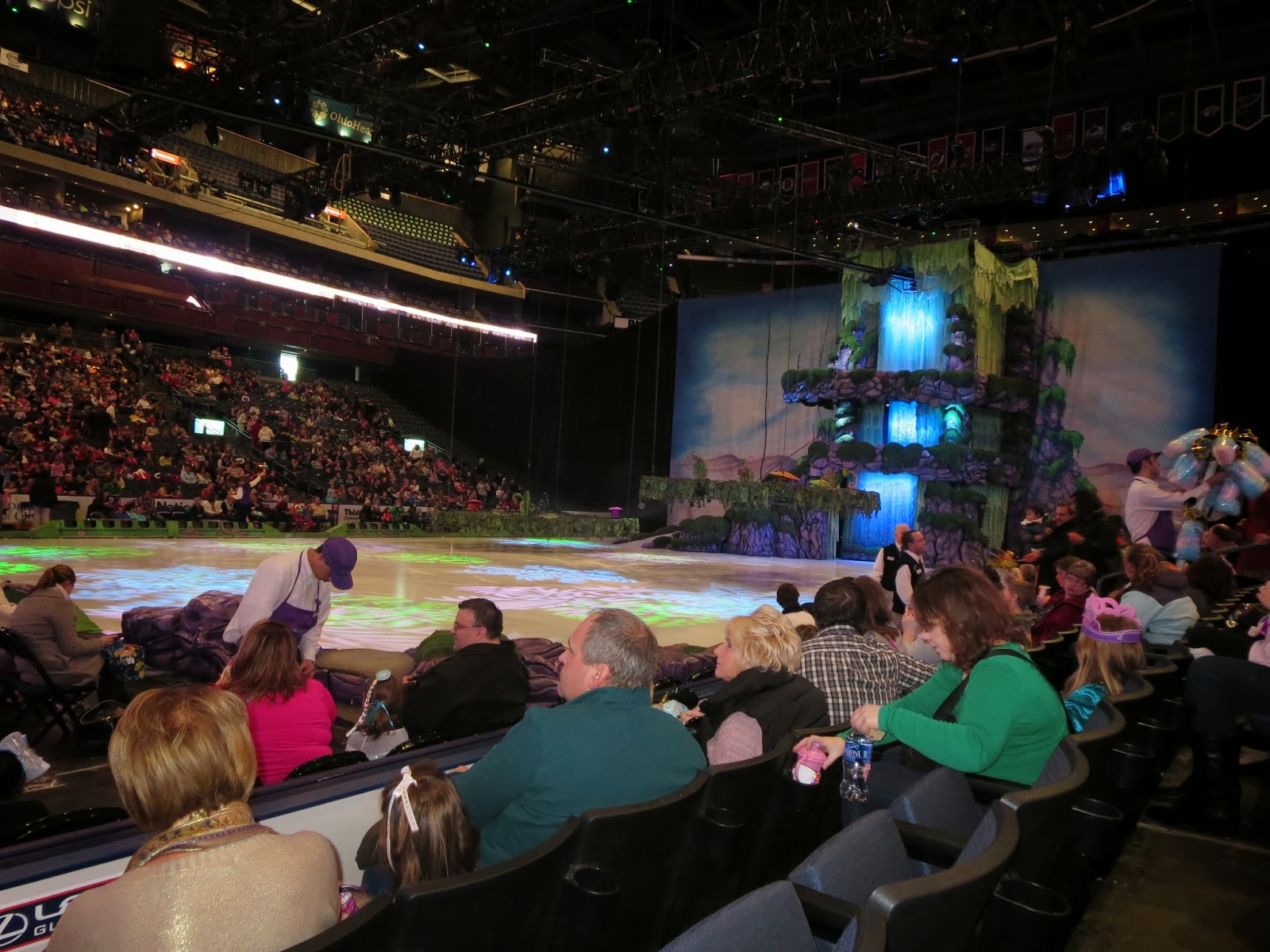 The show began and Tinkerbell skated out….and her eyes were huge! She was like a deer in headlights, staring and watching her skate all over and sprinkle fairy dust around the ice. It made me tear up. I realized what a special day it was and I was so overwhelmed that I finally had a daughter to get to enjoy things like this with. It will stay with me forever! All the major princesses stories were covered and we even got to see Mickey and Minnie and Goofy (my personal favorite)! 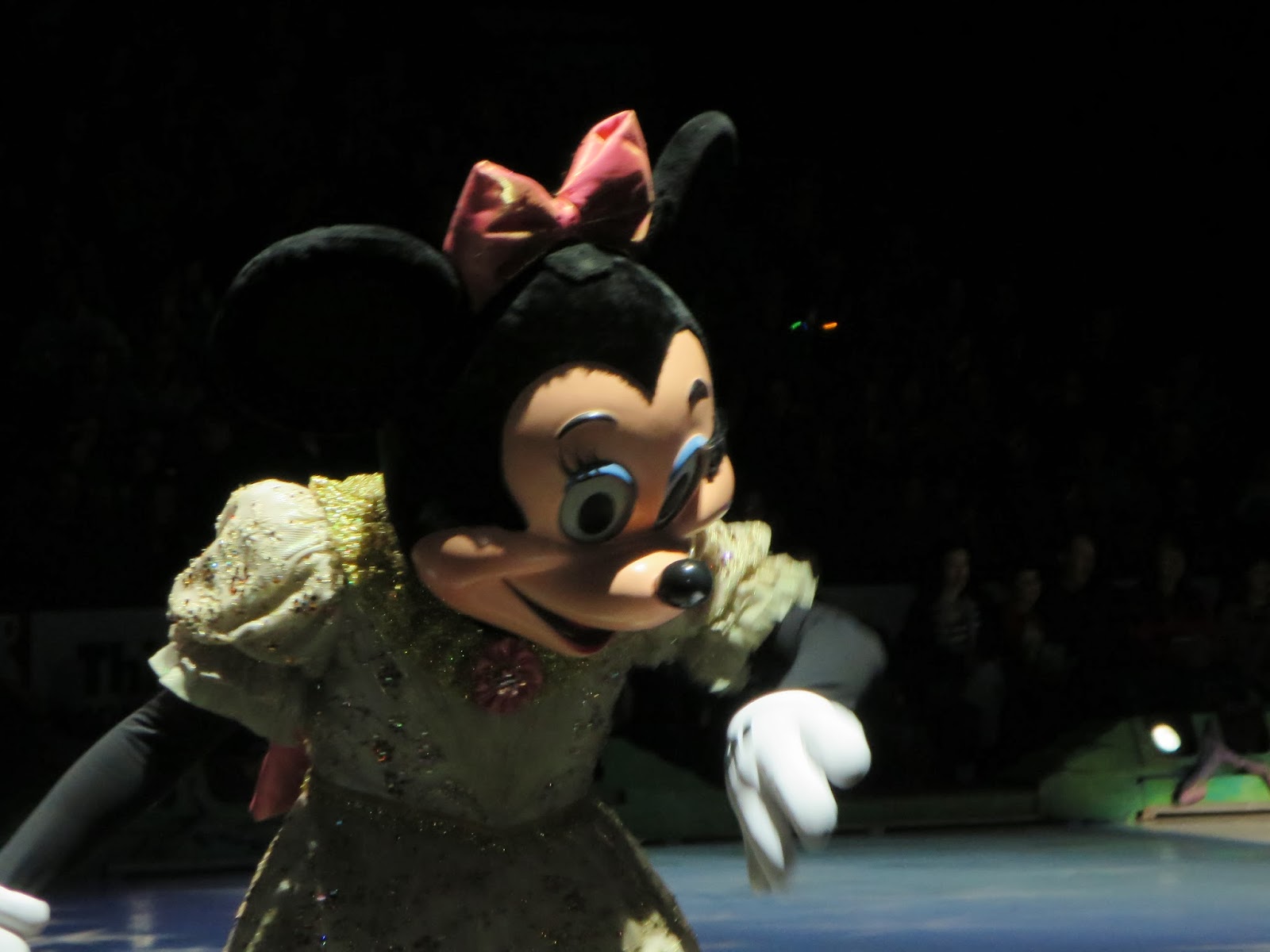 During intermission we went potty and then stopped and picked up a little souvenir. We ended up getting a glow wand outside the arena and saved $20. But believe me I would have shelled out the $20 if they would have had the fiber-optic wands like I had when I went to the Ice Capades decades ago. 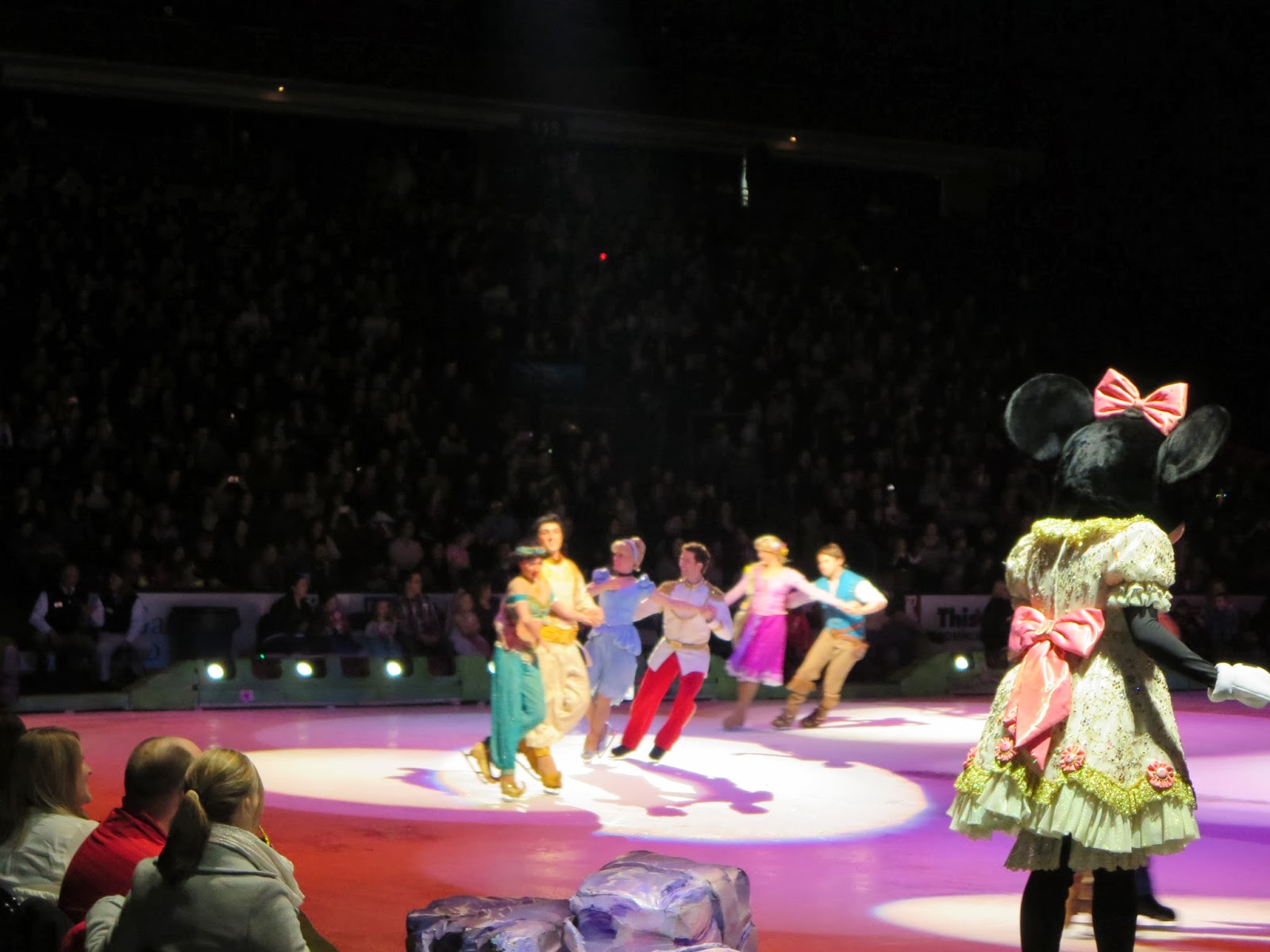 It was such a fun time and she was wound up the entire night! We grabbed dinner on the way home and played with our toys from the show before getting a bath and putting on our Ariel jammies and hitting the sack. What a fun day it was! I hope she remembers it for a long time! 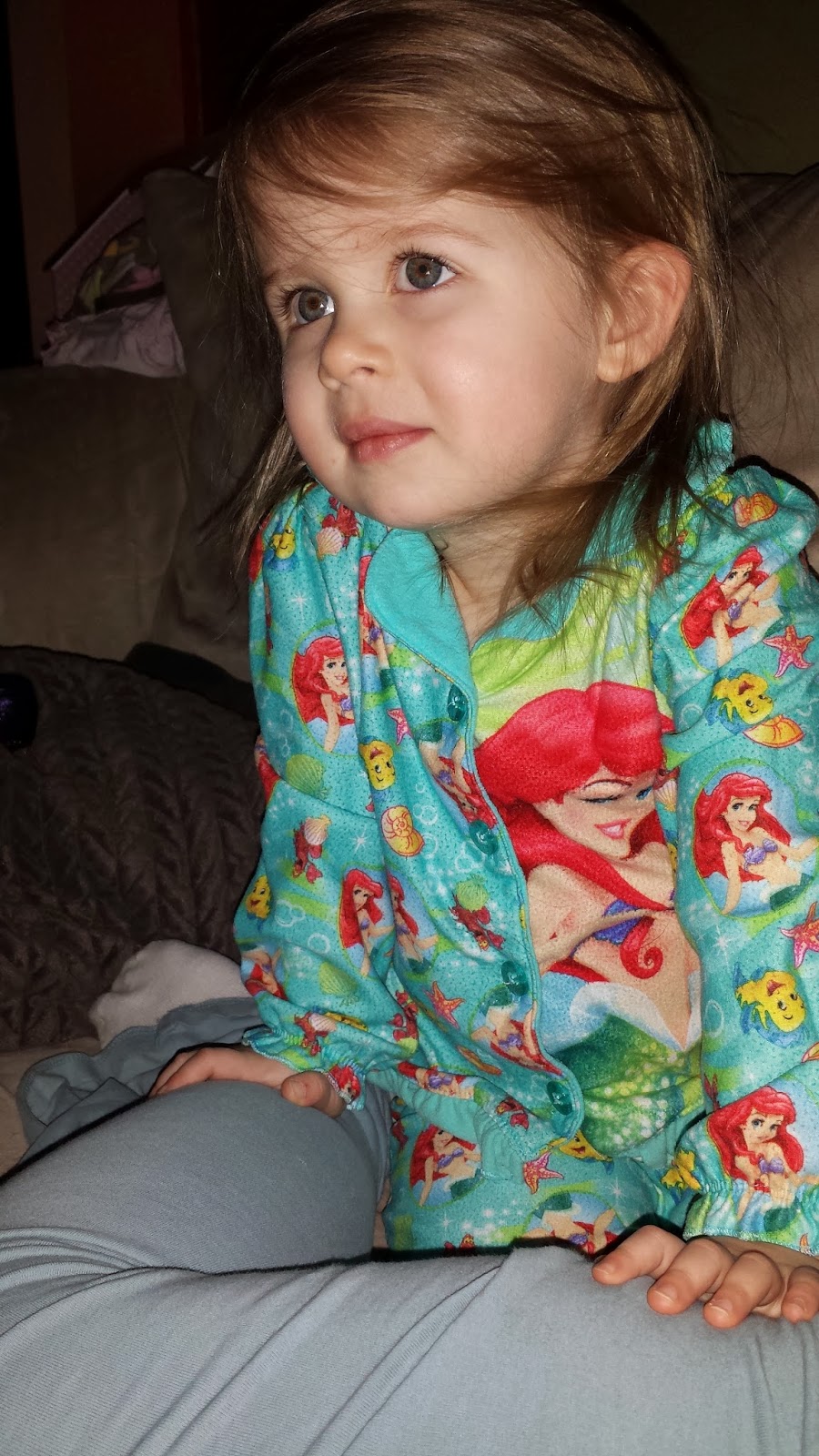